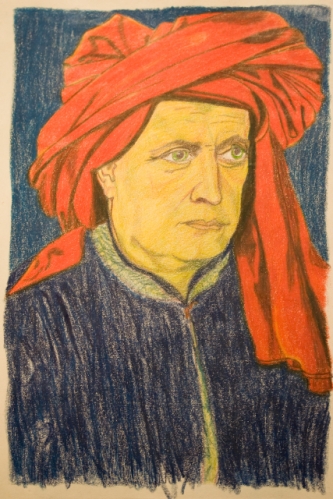 When I was trying to learn French comme il faut, I found the hardest thing to understand was the humour. Prose is usually pretty straightforward: it tries to say what it means to say, and if you don’t get the meaning, the writer or speaker may have failed. But humour tries to say two things at once, and you must understand both of those things to think it funny; if you don’t get both meanings, then maybe you have failed.

For example, some of my fellow dogbloggers have been recently participating in something called the Pugbowl. The humour here is based on (at least) two elements. The first is the word “Pugbowl”, a pun in that it evokes the Superbowl American football championship, but in this case refers to a food dish, not stadium. The second element is that of inappropriate behaviour: it is questionable etiquette to sit in one’s chinaware, yet here are photos of doggies, large and small, with paws or tails in their kibble bowls. It’s not what you were expecting. It’s funny.

A few months ago, I wrote “An Art History Lesson” which reads like a vague encyclopedia article until the end. If you’re acquainted with Julie Andrews films, and are North American, you might think it funny. If you have a smattering of education in Church History, you might think it even funnier. If you’re British, one of the key words in the punchline won’t make sense. And now that you know that the story is supposed to be a joke, and you’re expecting it to be funny, it probably won’t be nearly as funny as it was to my friends who weren’t expecting it to be funny. Funny, isn’t it?

The renown of Flemish artists of the 15th and 16th centuries attracted many later artists to Flanders, hoping to gain thereby either an increase in talent or a market selling to tourists. In most cases, these mediocre artists achieved little of either.

In the late 17th century, a monastery in Bruges decided to start purchasing these second-rate works of art. It was felt that by collecting and displaying the works for a small admission charge, the religious community could at once provide charity to the starving artists, showcase their work collectively in hopes of attracting patrons for those artists, and generate a small income from the museum fees.

Three of the monks volunteered immediately to be guides to the new museum. Their friendly eagerness brought in many visitors, and the increase in revenues enabled the monks to buy more tableaux. Thus it went for five years, until it became obvious that a larger museum would be necessary.

Since the community didn’t have enough land for a bigger building, they appealed to their brothers in the abbey at Ghent, who offered to provide more spacious quarters to house and display the works. The abbot at Bruges further instructed the enthusiastic guides to transfer to the Ghent community and continue their vocation there. Overjoyed, the three monks soon followed the canvases down the road to the newer, larger museum.

And that is the story of the super-tacky Jansenistic expedited docents.